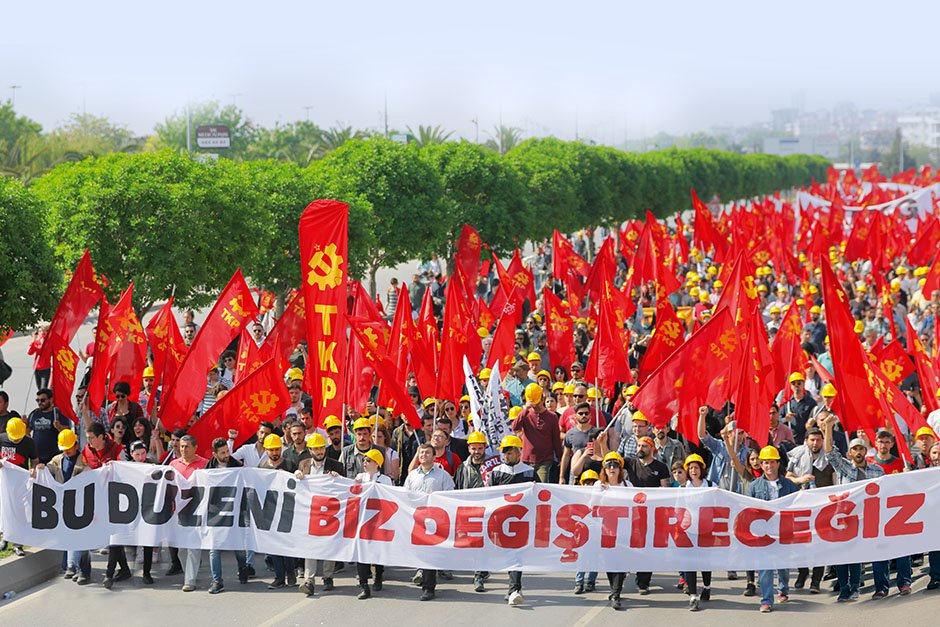 The Communist Party of Turkey (TKP) has called for a rally in Kartal Square, Istanbul, on Sunday, September 12, 2021, saying, “Do not delay, do not linger, do not settle for less!” The statement said, “If we do not want to live in a country where our resources are plundered, people become worthless and nature is slaughtered for the sake of profit, we must get rid of this order first.”

The statement of TKP, which said, “This country has not a day left to lose,” is as follows;

“On Sunday, September 12, 2021, at 17.00, we invite the bright people of this country, the unyielding ones, to say ‘Now is the Time for Socialism’ in Kartal Square! This country has not a day left to lose… If we do not want to live in a country where our resources are plundered, people become worthless and nature is slaughtered for the sake of profit, we must get rid of this order first. While some people add wealth to their wealth and lead a luxurious life through the wealth of the country and the sweat of the people, we workers wake up every day with the weight of poverty and the fear of being unemployed.

These days when the right to health and education is turned into a blessing and cut to the bone, we are trying to survive, we can only worry about our children and tomorrow. We are trying to breathe in this system of plunder and pillage, where everything, even stone, soil, water, air, trees, animals are being bought and sold. We live in a Turkey where secularism is ignored, social life is insisted upon being defined through religious rules, politics stuck between more or less moderate-radical debates of reaction, and where this politics becomes more and more decisive in our lives.

We live in an order in which all kinds of inequalities and oppression based on these inequalities are tried to be legitimated by force and ignorance. An order in which women are murdered in the middle of the street, houses where migrant workers live are looted, nationalism, militarism, having soldiers in other countries’ lands and warmongering are considered as virtues. And someone is still preaching to us working people that something can be changed in this order. The exploitation of man by man will continue, the reign of money will be counted above all else, and this order that dehumanizes us will get better. Even if it doesn’t get better, some of us will at least be considered privileged and live like ‘humans’ in this order.

Do you still believe in that? We have no time to lose. Those who claim to the contrary, those who say ‘There is no alternative to this order, accept it’ are lying. In this choir of lies, the voices of those who exploit the most come out. Those who give up hope from the country and the people join this choir and try to make the workers a partner to their despair. The defenders of this order, who are planning to give the good news of a great Turkey to the people in 2023, are all lying to the people. We workers will not be deceived by this lie. Patriots who love this country will defend their homeland.

On the 100th anniversary of the Republic of Turkey, we will ensure that the idea of a ‘Republic’ is shaped in flesh and bones: a Populist, Secular, Independent, Socialist Workers’ Republic. We will not leave the future of our country to marketist, reactionary and collaborative forces, we will not settle for less, nor will we allow these people to linger. It is our call to our people; Let’s not give in to this rotten order and its lies, let’s get together on September 12 in Kartal for an equal, free, and bright Turkey. Believe in an equal and free future to wake up from the nightmare we live in today.”

Central Committee of the Communist Party of Turkey – TKP