The spiritual climate in which modern Olympism was born 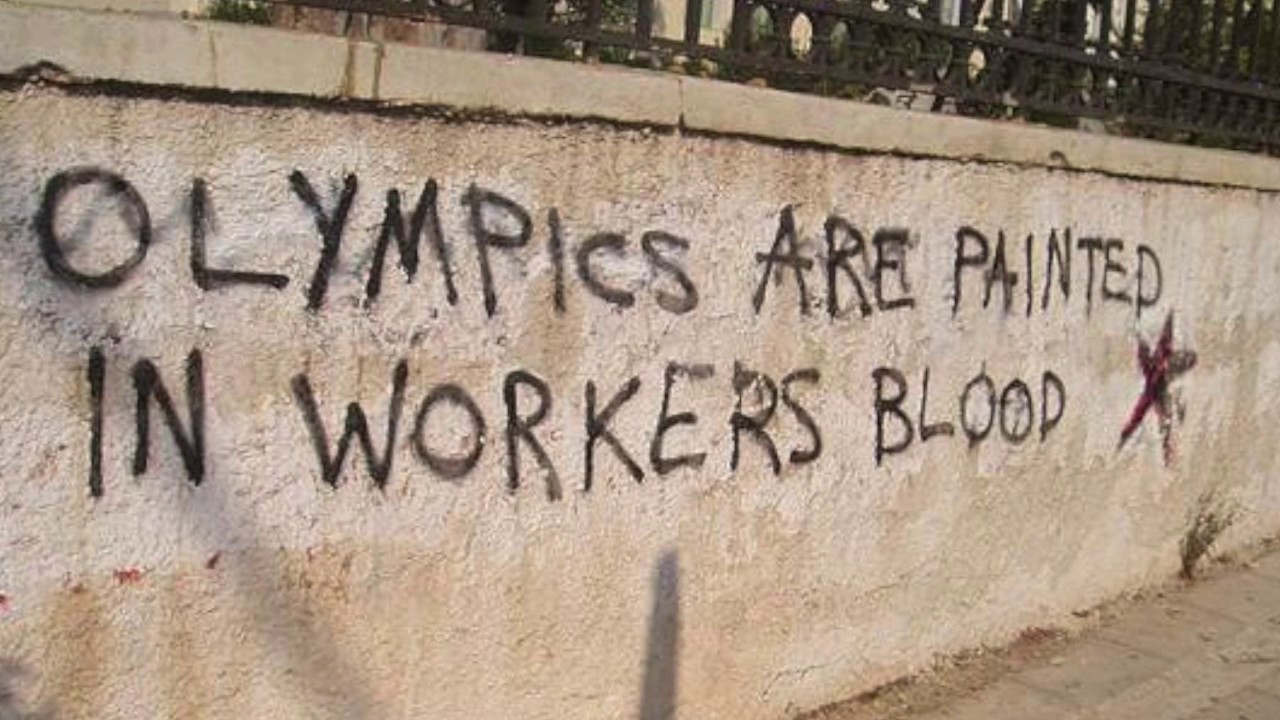 Modern Olympism was created towards the end of the 19th century as a separate (but not an isolated) and relatively integral spiritual movement. Its nature is conditioned by the nature of capitalist society, just as the nature of ancient Olympism was conditioned by the nature of the Greek slave-owning society. Modern Olympic philosophy, the Olympic movement and the practice of modern Olympism did not originate from Coubertin’s Olympic thought: all essential elements of Olympism had already been formed when Coubertin initiated the organization of the Olympic Games as an international sports competition and pronounced Olympism the supreme and only true religion.

The Olympic movement did not spring up from the development of sport, but under the influence of the dominant spiritual climate in Western Europe in the second half of the 19th century, caused by several factors. The industrial revolution, which had begun in the 18th century and reached its climax towards the end of the 19th century, formed the basis for the myth of the “limitless possibilities of the development of science and technique”, on which the Olympic “progress”, whose essence is expressed in the famous maxim citius, altius, fortius, is founded. The second factor was the development of monopolistic capitalism and the institutionalization of new centers of economic and political power. They attacked the democratic institutions that arose as a result of the political struggle of progressive citizens and workers, and thus the creation of a new totalitarian mechanism of power, as the exclusive political tool in the hands of the bourgeoisie, became increasingly important.

The new rich “elite” tends to create a universal and global ideology in accordance with the progressivistic spirit of the Modern Age. Their aim is to destroy the emancipatory heritage of ancient Greece, Christianity, the Renaissance, the Enlightenment and the French Revolution, to “correct” the liberal doctrine, to eradicate the socialist (communist) idea and establish direct spiritual domination of the bourgeoisie over the increasingly numerous and class-conscious workers. Embodying the fundamental principles on which the capitalist society in its “pure” form is based (homo homini lupus est and bellum omnium contra omnes), sport has become the ideal means of the ruling class for militarizing and paci- fying (depoliticizing) workers and for their spiritual integration into the ruling order. In the end of the 19th century the institutionalization of sport created a mechanism which was to become the chief “ideological police force” (Hoch) of the bourgeoisie for establishing ”control in heads” (Coubertin) by destroying critical conscious and creating the character of a loyal and usable citizen.

In his strivings to “restore the Olympic Games” Coubertin followed a doctrine that regards sport as an instrument of the ruling class for achieving its political and economic goals. The original intention of Coubertin’s Olympism (which is but one of a number of Olympic ideas that sprang up in the 19th century) was to use international sport as an instrument for introducing changes into the French education system (similarly to the ones introduced by Thomas Arnold into the English public schools), which would enable the formation of new phalanxes from the bourgeois youth and thus ensure France’s colonial expansion. “Restore the colonial glory of France!” (“Rebronzer la France!”) and “Get rich!” (“Enrichissez vous!”) – those were the slogans with which Coubertin urged the French bourgeoisie to embark on new colonial exploits. Originally, the Olympic idea involved the competition of France with “civilized nations”, above all with England, which as the leading colonial power was for Coubertin an indisputable model.

The ultimate end of a “peaceful” competition on the sports field was to be the spiritual integration of the most powerful West European countries, which was thought necessary for a successful colonial expansion. What enabled Coubertin’s Olympic idea to become a global spiritual power was the fact that it appeared as an ideological crest of imperialism. Modern Olympic movement did not appear as a result of the engagement of the progressive people wishing to spiritually unite the world on a humanistic basis, but as a result of the engagement of the European aristocracy, leading capitalist and military circles striving to find access to new natural resources, cheap labour force and new markets. “Olympic internationalism” originally stemmed from the interests of European capitalism: the European colonial expansion being the driving force of Coubertin’s Olympism. It was and still is one of the pillars of capitalist globalism, which in various forms and with different protagonists appears in the Modern Age. Olympic “missioners” should accomplish the task that the Catholic Church, as the dominant spiritual power of the West, has not been able to fullfil: to carry out a spiritual colonization of the world. Olympism is the first spiritual movement in history with a global dimension, and a precursor of a global capitalist totalitarianism.

It is one of the supporting pillars of today’s (American) “new world order”, or a new colonial order which, towards the end of the 19th and in the beginning of the 20th century, Coubertin sought to establish. Using Hoch’s formulation, we could say that Olympism is the global ideological police force of the proponents of a “new world order”, while the Olympic movement is a peculiar “International” of capital and leading political powers, embodied in the IOC and other so-called “international sports associations”, which tend to destroy international law-order and establish a global supremacy. The analysis of Olympism points to the following conclusion: those who rule the world – rule the Olympic movement. With regard to that, the maxim “it is important to take part” (ascribed to Coubertin) means that it is important to play according to the rules dictated by the masters of the world and give up fighting for freedom. Let the strongest rule, and the weaker subject to them – that is the essence of the Olympic epistle.

Modern Olympism did not originate from a particular religion or culture; it embodies a “mondialistic” spirit of imperialist capitalism in its “pure” form, and thus breaks with traditional religions, national cultures, spirit of freedom, critical conscious and reason. It is no accident that the International Olympic Commettee is not the meeting place of freethinking artists and philosophers, but of landowners, officers, bankers, industrialists and bureaucrats, and that its leading figures are the members or open sympathisers of fascist parties and movements. Coubertin’s appealing to a destorted and idealized Hellenic culture is but a mask for obtaining “cultural” legitimacy of the Social Darwinist and progressistic principles on which capitalist society is based, and which are embodied in sport.

The idea of “restoring the ancient traditions” fell on fertile ground, and a large number of members of the European humanistic intelligentsia, disappointed by the dominant spiritual climate, turned to antiquity, hoping that in the idealised picture of Hellenic civilisation they could find a spiritual refreshment and a support for their humanistic aspirations. It is one of the main reasons why Coubertin’s mythological and Procrustean relation to ancient Greece has not been met by resistance in bourgeois philosophical and historiographic thought. At the same time, turning to ancient Greece becomes a way of dealing with the conception of future developed on the basis of Marx’s criticism of capitalism and his socialist (communist) doctrine. The classicistic defence of humanism has proved to be the defence of the established order.

In addition to that, the “struggle to restore” the ancient spiritual heritage becomes part of the struggle between the most developed European countries to prove themselves as legitimate heirs of Hellenic culture – the spiritual cradle of modern European civilization – in order to ensure spiritual leadership. Conflicts between the most powerful colonial states over the share of the colonial loot and the struggle for domination over the European territory (in that context, the defeat of France in the war with Prussia) additionally motivated Coubertin to insist on using sport in the development of a competitive spirit in the young French bourgeoisie. Accepting the Social Darwinist laws as an indisputable foundation of the development of society, Coubertin rejects pacifism as a foundation on which the relationship between nations (races) should be established and declares war to be an inevitable (and welcome) destiny of mankind. The modern Olympic Games are not intended to be a “festivity dedicated to peace”, but “the sacred truce” (la trêve sacrée) during which the warring sides will temporarely put away their weapons only to express total submission to the belligerent spirit that governs the world.

Coubertin found a “cultural” inspiration for his Olympism at the world industrial exibitions (such as the one held in Paris in 1889), in which he saw a spectacular expression of the globalization of capitalism and which were to become the origin of the Olympic spectacle, as well as at millitaristic ceremonies and other pompous manifestations of the ruling “elite”. Military parades, welcoming speeches of the highest representatives of government and a manifestation held under their auspices – all these details were to become the essential features of the Olympic ceremony. They clearly confirm the truth that the Olympic Games are designed as a spectacular way of glorifying the established order, i.e. as a par excellence political manifestation. In addition to that, Coubertin was greatly impressed by Brookes’ competitions on the “Olympic fields” in Shropshire. The “solemnity” of the competitions (the hymn, messages, banners, the crowning of the victor, awards for poetry etc.) was to become the essential feature of the Olympic Games. To this should be added the importance of the “English gentleman” who, due to the English spiritual influence in Europe and America, became the prototype of an “international” sportsman and the symbolic incarnation of aristocratic ideals in the developed capitalism, and thus the symbol of fair-play, which was to become the international code of a “civilized conduct” in sport.

Judging by the extracts from Coubertin’s writings, we can say with certainty that his thought was influenced by Hyppolite Taine, Jules Simon, Jules Favre, Adolph Thier, Herbert Spencer, abot Didon, and Jesuits. In view of the extensive scope of Coubertin’s writings and his inclination to adopt other people’s ideas without citing the source, we are quite justified in claiming that the circle of thinkers who influenced the formulation of his Olympic philosophy is much wider, and that, judging by the ideas and terms used by Coubertin, it includes Victor Duruy, Auguste Comte, Josef Gobineau, Friedrich Nietzsche etc. Coubertin himself claimed that the decisive influence on the formation of his thought was exerted by Thomas Arnold and Frédéric Le Play. These two men are the representatives of the philosophical doctrine that makes the corner stone of Coubertin’s Olympic idea: Social Darwinism and positivism. In a broader sense, Coubertin’s Olympic doctrine represents one branch of a tree rooted in utilitarian philosophy.

Author of the text Ljubodrag Simonović