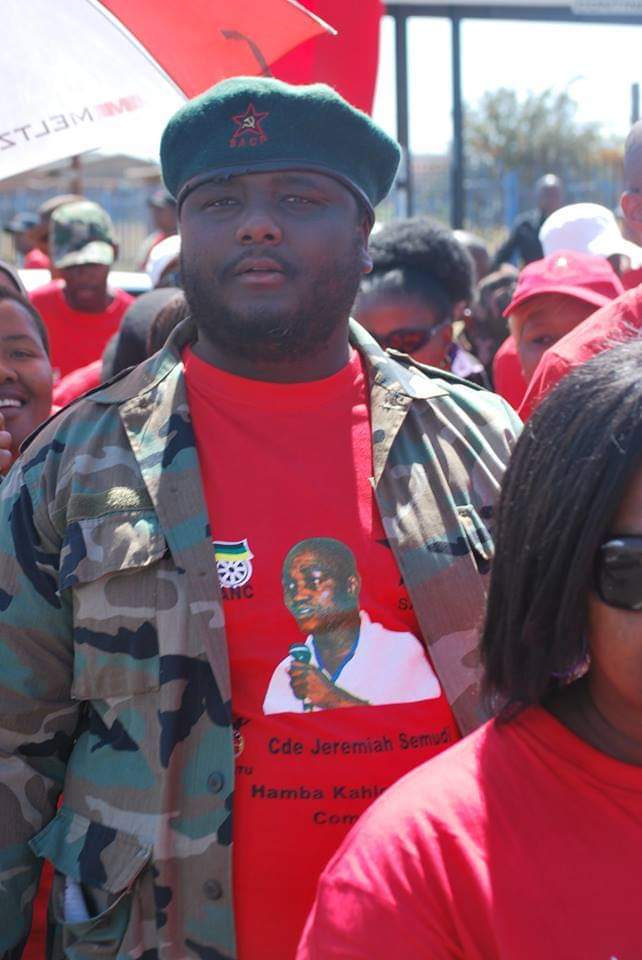 The national spokesperson for the National Education, Health and Allied Workers’ Union (NEHAWU), Khaya Xaba, has died. The union said he had died in the early hours of Sunday morning due to “illness complications”.

In a statement, the South African Communist Party (SACP) points out:

“The South African Communist Party (SACP) expresses its message of heartfelt condolences to the family of Comrade Khaya Xaba, the National Education, Health and Allied Workers Union (Nehawu), the Congress of South African Trade Unions (Cosatu), and the Young Communist League of South Africa (YCLSA). The National Spokesperson of Nehawu passed away in the early hours of Sunday, 13 June 2021 after experiencing complications from an illness. It was with great sadness that we learnt of Comrade Khaya’s untimely death.

Xaba joined the national democratic revolutionary movement at a young age, starting with the YCLSA just after completing his schooling. He was a selfless young communist activist determined to achieve socialism. It was in the ranks of the YCLSA as an activist, as well as through academic studies, that Khaya developed his skills as a political and working-class communicator. The YCLSA appointed him, to be based full-time at its head office, at the headquarters of the SACP, to serve as its media liaison officer and national spokesperson. He distinguished himself through his dedication to his work and continuous capacity building, also forming part of the SACP’s media, communication, and information contingent.

Nehawu noticed his talent and took a good decision when it appointed him to serve as its media liaison officer. Based on his performance, the union shortly promoted him to serve as its National Spokesperson. The rising star shined, communicating the decisions of the union, advancing the interests of the workers, and simultaneously continuing his broader political activism. Besides serving Nehawu with great loyalty to its membership, principles, and values, Khaya was active in supporting other Cosatu affiliates and in solidarity struggles with other workers, including media workers.
The best way to remember comrade Khaya is to deepen struggles such as the campaign against neoliberalism and its austerity agenda. Among the youth, the Progressive Youth Alliance has taken the initiative to advance the campaign. Further, Comrade Khaya was an internationalist. The best way to remember him is to intensify international solidarity campaigns, such as the campaign for solidarity with the people of Western Sahara, Palestine, Cuba, and other countries facing heightened imperialist aggression and/or colonial occupation. These are part of the workers struggles that Khaya was involved in as a youth and working-class activist.”
From its side, in a statement the Communist Party of Swaziland (CPS) writes:

“The Communist Party of Swaziland (CPS) is saddened by the death of Comrade Khaya Xaba, the Spokesperson of the National Education, Health and Allied Workers’ Union (NEHAWU). Comrade Khaya was a true friend of the oppressed people of Swaziland. He participated in various CPS political schools and congresses as well as many solidarity marches and pickets on the Swaziland struggle.

The CPS conveys its heartfelt condolences to Comrade Khaya’s family for the loss and wishes great strength to them at this difficult period. The CPS also sends its condolences to NEHAWU, the South African Communist Party, the Young Communist League of South Africa and the entire working class in South Africa. The CPS further conveys its condolences to #Africa4Palestine where he was a board member. In memory of Comrade Khaya Xaba, the CPS will continue to actively participate among the masses of Swaziland in the struggle for freedom and democracy. The CPS also calls for the intensification of international solidarity with the people of Swaziland who have come out in their numbers to protest against police brutality and for the democratisation of the country.”