SACP holds a hybrid rally to celebrate its founding centenary 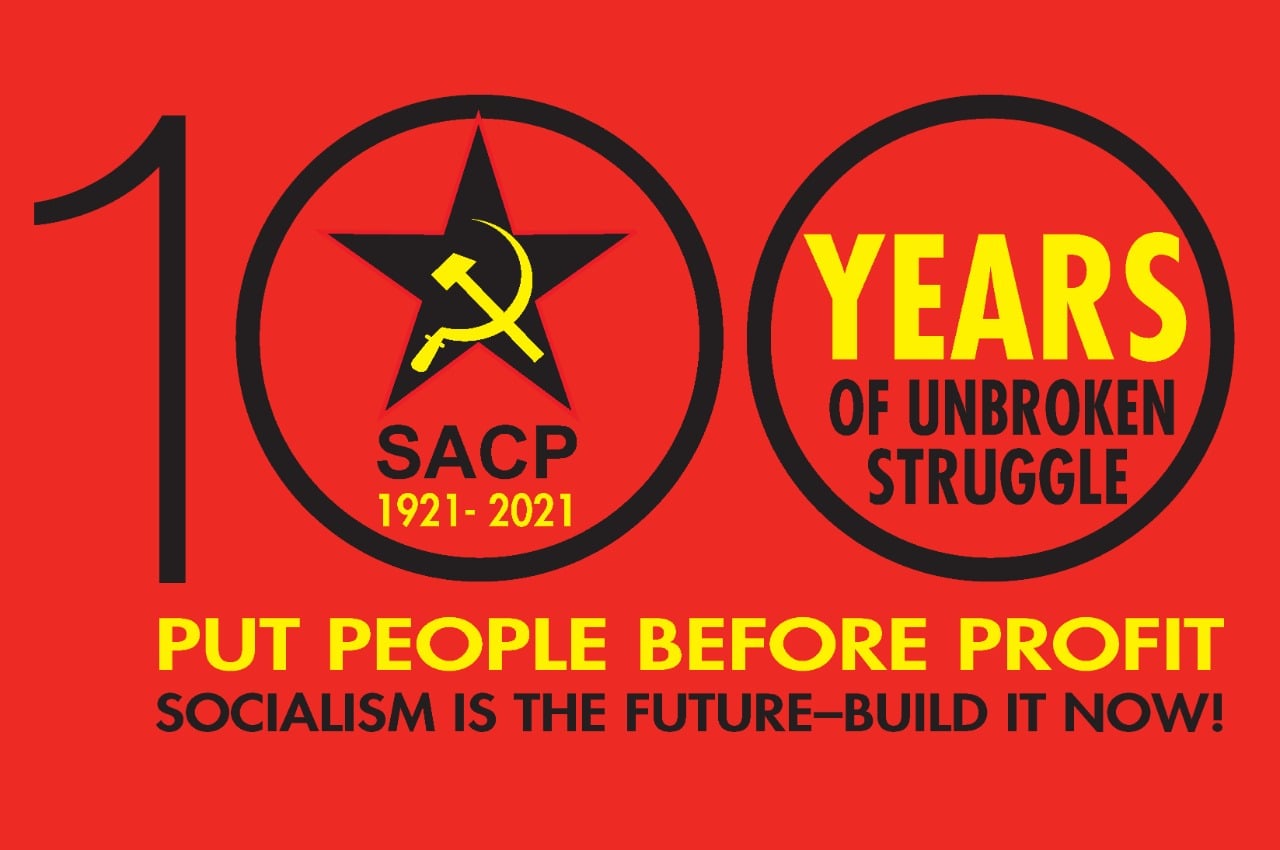 The SACP held a Special Centenary Central Committee meeting on Monday, 26 July 2021. The meeting discussed the current political situation in our country and the SACP Centenary Statement to be delivered by the Party General Secretary Dr Blade Nzimande on Sunday, 1 August 2021, during a hybrid rally scheduled to celebrate the 100th founding anniversary of the Party.

The SACP will hold the physical and virtual rally with livestreaming on SACP Facebook Page and YouTube Channel to celebrate the centenary.

Physical attendance will be limited to media to provide coverage from the event, SACP Central Committee members, and invited representatives, all in compliance with COVID-19 preventative regulations.

The SACP invites the media to cover the event. The details are as follows:

Dr Blade Nzimande, the General Secretary will deliver the SACP Centenary Statement, which will briefly reflect on the 100 years of our unbroken struggle, the current political situation and the condition of the masses in South Africa, and broader social transformation and economic policy imperatives.

ANC, COSATU and Young Communist League of South Africa leaders will deliver messages of support, and there will be international solidarity messages.

Theme of the SACP centenary: Put people before profit: Socialism is the Future—Build it now.

The processes leading to the formation of the SACP started in 1914 when communists across the world, including in South Africa, condemned the imperialist war known as World War 1. Preceded by the War-on-War League, formed by revolutionary militants in opposition to the war, the International Socialist League was formed in 1915. The International Socialist League went on to become the largest component of the various communist organisations in South Africa that came together to form the SACP as the Communist Party of South Africa.

The founding conference of the Communist Party was held at 20 Plein Street in Cape Town on 30 July – 1 August 1921. This historic step had been announced on the evening of 29 July 1921 at a public meeting in the Cape Town City Hall, attended by over 2,000 people. However, it was not until the following day, 30 July 1921, that the founding conference delegates formally passed the resolution constituting the Communist Party.

The Communist Party contributed in no small measure to building South Africa’s national liberation movement and advancing the struggle for liberation and democracy, towards social emancipation. Communist revolutionaries played an active role on all fronts of the struggle.

Communist revolutionaries played a great part in the organisation of our Alliance, the Congress of the People held in the mid-1950s and the drafting of the Freedom Charter that it adopted, the turn to the armed struggle and the formation of uMkhonto weSizwe in the early 1960s, mass struggles, and, finally, the defeat of the apartheid regime in the early to mid-1990s, to mention but a few events of historic importance.

The communists were among those who made immense sacrifices towards the South African freedom. It was in this process that others were assassinated. Others disappeared. To this day we still have families that do not know where their loved ones ended, because of the actions of the apartheid security networks.

Post-1994, it was the SACP that characterised the 1996 class project epitomised by GEAR in terms of policy substance as a neoliberal policy regime that went against the objectives of a radical national democratic revolution. The SACP pushed caring broader social transformation policies, including through its flagship campaigns such as the Financial Sector Transformation Campaign and the Red October Campaign.

It was also the SACP in the struggle against corruption that first exposed the problem it characterised as corporate state capture and first called for a judicial commission of inquiry into state capture.