Pragmatic Approach to the Diversification of Partners in the International Arena 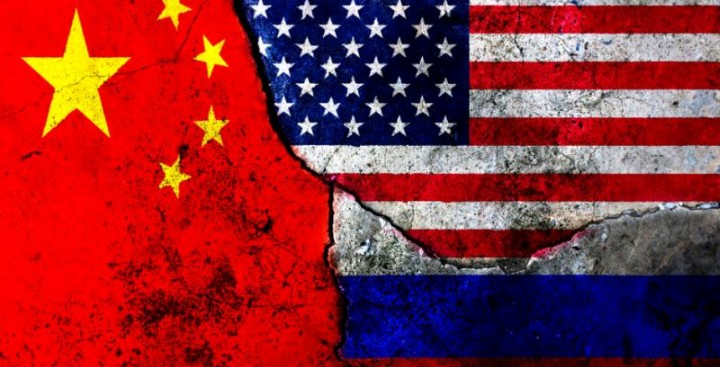 One of the hot topics at the global level covers digital and physical infrastructure. However, these topics do not attract enough public attention in Serbia except as phrases. For example, “nuclear power plants”, whose reactors generate electricity, cannot be described simply as a term. “Digital personal privacy” has been brought into a concerning situation. Traffic cameras are also not reduced to the level of a phrase used in everyday communication in the media, on various portals and social networks, in general. However, people forget that critical infrastructure, both physical and digital, represents a sensitive area for pragmatic strategic planning and is capable of calling into question national security.

In order for the army to be able to defend its country’s borders, the bridges should be strong enough to withstand heavy weapons. In this regard, communication lines need to be reliable. Likewise, if we want employed citizens of all profiles to achieve the best possible performance in their work, it is necessary to provide them with good roads to get to work faster, while the air in their offices should be cooled in summer and heated in winter.

If implemented wisely, a policy of openness to the world’s leading powers allows small states to minimize their dependence on their interests. Throug trying times, the economy always stagnates and is accompanied by a high unemployment rate (Vasić, 2021). The need for a pragmatic partner diversification is more than certain. In order to attract foreign investment, companies should know that their money will not be wasted, diverted or even stolen. Perhaps more than weapons or even more than missiles of various ranges, these above-mentioned items have become a new means of modern warfare. If the enemy can turn off our heating during the winter, or is able to stop the movement of the army or turn off the telephone lines, then that same enemy has more power than having its own army in every city. At the same time, it costs less.

In terms of a power play, Russia and China, as well as other great countries, are measuring their strengths with the European Union in Serbia. It should be noted here that Serbia has committed itself to fulfilling the necessary criteria by starting accession negotiations with the European Union. For this reason, it is always necessary to carefully consider all aspects of the processes that take place in international relations, because these processes affect Serbia. The Republic of Serbia is trying to balance between the interests of the EU as a whole, as well as between the interests of China, NATO, Russia and the United States (Vasić, 2021).

Namely, the above-mentioned items represent something that Serbia should invest in in order to reduce the need for additional defense. Therefore, Serbia should choose its partners wisely. The great powers, especially those for which these burning problems are in fact a means of strategic manipulation to achieve their economic or political benefit at the expense of the weaker, have the power to monitor physical and cyber attacks aimed at critical infrastructure precisely to intimidate other countries by subjecting public opinion to their whims. At the moment, Serbia is in a delicate situation, taking into account the importance of its geostrategic position in the Balkans, and, among other things, because of its desire to join the European Union, whose membership stands out as its foreign policy priority. There are also those who want to prevent Serbia in that aspiration, so when Serbia takes one step forward, they take us two steps back. For example, the European Union has stated that we should diversify our oil and gas resources. In this regard, Serbia should especially keep in mind what projects are in the implementation plan. Moreover, it should control whether companies that invest in energy projects employ ours or their own workforce, whether they respect all regulations prescribed by the state of Serbia so that the state would not face an even higher rate of corruption.

When it comes to the normalization of relations between Belgrade and Pristina, there are also those recommendations of some Western institutions, such as the Center for Strategic and International Studies from the USA, whose analysts recently suggested the need for a new strategy. In fact, their recommendation is that the strategy should be based on the real political and economic possibilities of both Belgrade and Pristina, and that the effectiveness of EU mediation in the normalization of relations, as well as recent unilateral US diplomatic activities, should be assessed. Therefore, separate but parallel paths of diplomatic and economic engagement should be established in the approach to normalization of relations so that such engagement places emphasis on internal reforms and regional economic revitalization, shifting the focus from mutual recognition (Center for Strategic & International Studies, 2021).

As far as the economy is concerned, Russia’s official development assistance is being implemented as bilateral assistance under the control of the Ministry of Emergency Situations. The same assistance is implemented through the Federal Agency for Affairs and Humanitarian Aid of the Commonwealth of Independent States or is directed through international multilateral organizations such as the World Bank (Directorate-General for External Policies, Policy Department, 2017). Therefore, it is not wrong to state that changes in the global order itself, which entails competition between democratic and undemocratic values, lead to great powers measuring their forces in the Western Balkans ( Rrustemi, De Wijk et al., 2019) Precise data on the amount of Russian aid to Serbia “must be extracted from the reports of the Ministry of Finance and newspaper reports. According to these data, it seems that Russia has promised at least 1.21 billion euros since 2012 for assistance in infrastructure projects and direct assistance to the budget. This is not about grants, but about loans” (Directorate-General for External Policies, Policy Department, 2017).

We have witnessed the consequences of very risky projects that have put countries in a compromising position across the Balkans, both economically and politically. Insufficient awareness of security, poor project management, as well as politicization of the same, are all side effects of various efforts to interfere in the internal politics of Serbia and that is what bothers the citizens, as evidenced by the recent explosion at the Sloboda factory in Cacak. (https://www.slobodnaevropa.org) Examples of interference in the internal affairs of a country for the sake of acquiring (illusion) power can result in catastrophic failures or mistakes in the areas related to weapons, the construction of nuclear power plants power plants, pipelines, water supply and road traffic regulation networks, as well as equipping a government building or hospital. Also, these examples represent direct threats to life that we must not ignore.

When it comes to the relationship between Belgrade and Washington, it could be said that certain progress has been made. In the period between 2001 and 2017, the United States provided Serbia with assistance of almost 800 million dollars in order to stimulate economic growth and motivate work on strengthening the judicial system. The United States sought to strengthen its own relationship with Serbia by deepening cooperation based on common interests. The assistance provided by the United States to Serbian soldiers and refugees at that time should be emphasized. Projects such as the US Red Cross and Dr. Roger Strong’s Medical Mission (Vasić, 2021) should also be highlighted. Although Russia is the second largest trading partner of Serbia, out of the total trade of Serbia in 2016, only 6.76% was with Russia. However, there is a definite growth trend in Serbia’s exports to Russia, whose value increased by 352.7% from 2005 to 2016, although imports from Russia stagnated, and trade in the energy sector even recorded a sharp decline (Directorate-General for External Policies, Policy Department, 2017). China is aging its political interests through economic projects, thus China is investing its capital in concluding large contracts in the field of infrastructure and, more recently, in the field of security. On the other hand, Russia’s interest relates to energy policy and providing foreign policy support for the implementation of major energy agreements (Vasic, 2021).

This reality enabled Serbia to play freely on the map of its neutrality, balancing between these four powers until their interests intersect on the finger of Serbia (Vasić, 2021). Infrastructure has its own lifespan and it is necessary to start working on its strengthening as soon as possible. Companies that do not meet even the most basic environmental requirements, as well as other important requirements, lead us to reconsider their intentions. The consequences of not fulfilling the conditions are visible and manifest themselves in the form of explosions or red rain. Therefore, a wise approach to economic issues that are of political and social importance in a multipolar world is a means of defending both the borders of the state and its integrity.

The article if the product of research based on the methodology and sources available and do not represent the position of the institution where the author is employed.