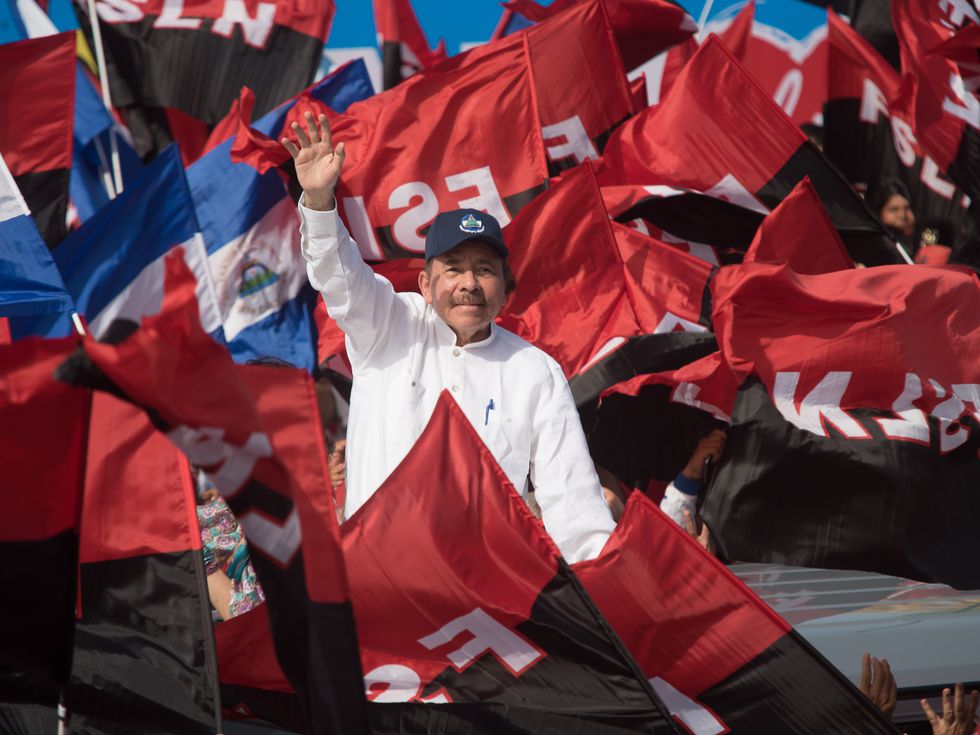 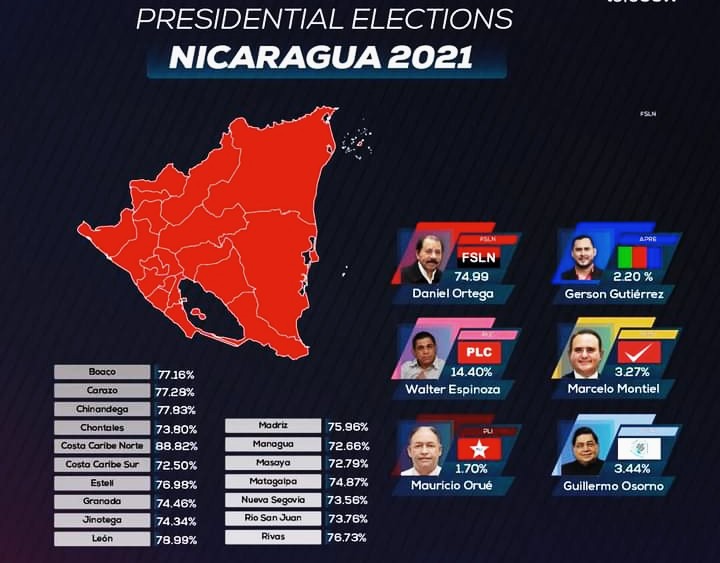 The Sandinista revolution has made Nicaragua the safest country in Central America and reduced its illiteracy rates to 13 percent, citizens recalled.

On Monday, thousands of Nicaraguan citizens gathered in Victories Square in Managua to celebrate that the Supreme Electoral Council (CSE) preliminary report on the Nov. 7 general elections results showed that the Sandinista National Liberation Front (FSLN) obtained 74,99 percent of the valid votes in this process.

“We celebrate the victory of the FSLN candidates, including our President Daniel Ortega, with the conviction that they will continue to adopt policies in favor of the progress, work, peace, and prosperity of our people,” citizen Vilma Mendoza stated.

Mendoza stressed that these figures show massive support for the Sandinista revolution, which has made Nicaragua the safest country in Central America and reduced its illiteracy rates from 50 percent to 13 percent.

The CSE registered a participation rate of 65.34 percent in these elections. Some 232 electoral assistants from 27 countries also reported that the voting process proceeded smoothly and without incident.

Despite this, the United States rejected the validity of the Nicaraguan elections and announced that it would seek the supposed “reestablishment” of democracy in this Central American country.

“Only the Nicaraguan people have the right to decide on the legitimacy of their country’s electoral processes,” Russia’s Foreign Affairs Minister Sergey Lavrov said and urged other countries to respect the results of the general elections.