KKE: The Red flag will not whitewash capitalist Russia 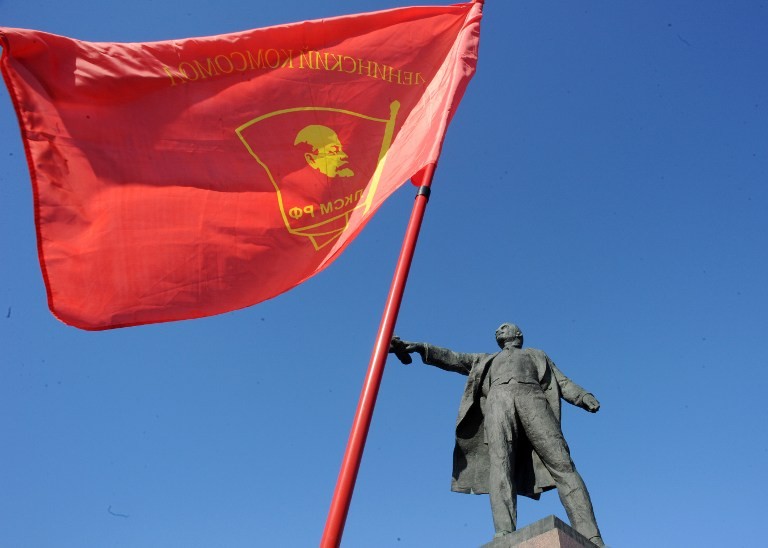 The 9thof May is approaching and the Russian bourgeoisie once again utilizes the red flag to take advantage of the anti-fascist and pro-Soviet sentiments of the Russian people. In areas occupied by the Russian army in Ukraine, the red flag of Victory is raised, i.e. the flag of the unit of the Red Army that occupied the Reichstag in May 1945. The CP of the Russian Federation (CPRF) went one step further. It introduced a bill to replace the current tricolour of Russia, the flag of the tsars and the traitor Vlasov, a Nazi collaborator in the Second World War, with the red flag.

We wonder, in the unlikely event that this bill is passed, will factories, coal mines, banks, and oilfields stop belonging to those leeches who live in palaces, tourist resorts, and yachts?
Will the Russian people stop paying for health, education, and the other social needs that are commodities?

Will capitalist Russia stop having the fifth-highest number of billionaires worldwide? Will it change the position it occupies, which is one of the worst in the world, in terms of inequality between the rich and the poor?

Will the means of production become the people’s property without a preceding social socialist revolution?

We could continue the rhetorical questions, to which the answer is NO.

Thirty years after the overthrow of socialism and despite th emud-slinging against itin Russia as well, its imprint does not fade. That is why an attempt is being made to arrogate it…