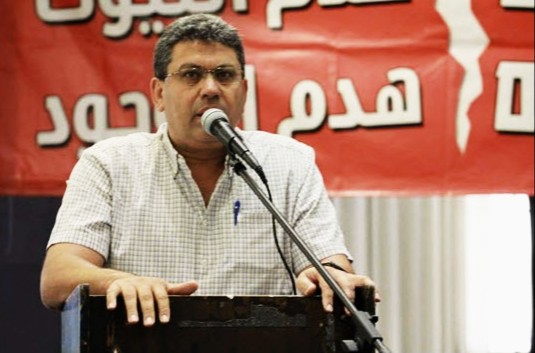 During last month’s 28th Congress of the Communist Party of Israel (CPI), the delegates unanimously reelected Adel Amer as the party’s General Secretary.

Having in 2015 initially succeeded the previous General Secretary Mohammed Nafa’h (1940-2021), the renowned Arab-Palestinian Druze writer from the Galilee, Amer is a well known educator and journalist from Kafr Kassem in the center of the country.

Following his uncontested reelection on Saturday, October 6, Amer addressed the Central Committee: “I thank all the comrades for the great confidence they have placed in me by reelecting me to this position. It is my and our collective responsibility to lead the party, to consistently pursue our working class politics, and to anchor our values and principles in the two peoples inhabiting this country.”

Amer joined the Young Communist League of Israel (CPI youth movement) in 1979, and earned a Bachelor’s degree in Communication from Moscow University. He has served in many party positions, including as a member of the CPI’s Central Committee, as secretary of the Triangle District, and on the editorial board of Al-Ittihad, the CPI’s Arabic-language newspaper. In addition to his political activism and role as a teacher, Amer is well-known as a group leader in education for democracy.