“To tell the truth is revolutionary” ― Antonio Gramsci
Interviews

COMMUNIST PARTY OF THE PHILIPPINES: The CPP today is at the forefront of the Filipino people’s democratic revolution to put an end to the three principal problems of US imperialism 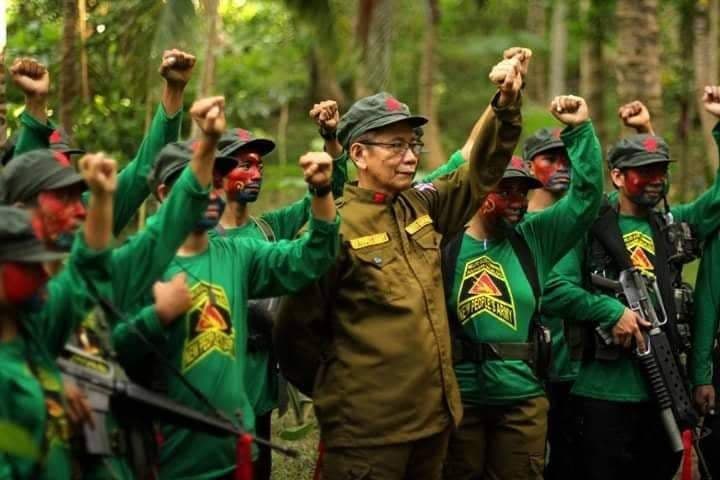 Is CPP today on same grounds of Sison’s principles of revolutionary struggle against American imperialism , feudalism and bureaucratic capitalism or that struggle spreaded towards other forms of imperialism in the world?

The CPP today is at the forefront of the Filipino people’s democratic revolution to put an end to the three principal problems of US imperialism, domestic feudalism and bureaucrat capitalism. It continues to persevere in advancing the protracted people’s war. The text of Amado Guerrero’s (Sison) Philippine Society and Revolution (PSR) continues to form part of the basic documents of the CPP. Over the past five decades, the crisis of the semicolonial and semifeudal system in the country, as described in PSR, has worsened and further degenerated. US imperialism remains the most dominant economic and politico-military force in the Philippines, despite the rise of China as an international economic and military power, especially in the Asia-Pacific region. The CPP and the Filipino revolutionary forces are acutely aware of China’s increasingly aggressive posture and stand opposed to encroachments on Philippine maritime territory. The bigger and more aggressive imperialist country remains to be the United States whose troops remain permanently stationed in various military bases across the Philippines, enjoying extraterritorial rights, docking their aircraft carriers and other warships, flying their jetfighters and operating their drones to conduct surveillance in any part part of the Philippines.

We know you have military part of party, New People’s Army so how does military struggle is going in paralel within Filipinies society , and what is your strategy of that in the future?

Under the CPP’s leadership, the NPA continues to wage guerrilla warfare in more or less 100 guerrilla fronts across the country. Revolutionary armed struggle is waged in the rural areas and combined with efforts to carry out the minimum and maximum land reform programs and building mass organizations and the rudiments of the people’s democratic government.

Tactical armed offensives are mounted by the NPA against the Armed Forces of the Philippines (AFP) as well as against paramilitaries and police units used in the GRP’s counter-revolutionary war. The peasant masses participate in a big way in armed resistance. In large parts of the Philippine ountryside, dual political power exists. The Government of the Republic of the Philippines (GRP), a client-state under US hegemonic rule, has declared it plans to decimate or cut in half the NPA’s strength before the end of the year. It is rushing to increase the number of its armed troops by 15,000, begging for US funding to upgrade and acquire weapons, replenish its supply of bullets, bombs, mortars and artillery rounds in the vain hope of swarming the countryside with its armed presence. They are only succeeding in rousing people’s resistance by placing civilian communities under its coercive rule, forcing people to become spies, conscripting them as paramilitaries, accusing people of being armed rebels or supporters, forcing them to “surrender” and ordering them around. Abuses of human rights run rampant. The Philippine government is succeeding only in rousing ever greater numbers to wage resistance and carry out revolutionary struggle.

Did the CPP manage to consolidate it’s lines after parties grouping in 90’s?

Yes, the Party was able to consolidate its forces in the 1990s at the heels of the rectification campaign. From 1992 to 1998, the CPP succeeded in uniting the greater majority of proletarian revolutionary cadres and NPA units under the banner of the Second Great Rectification Movement. The rectification movement was an internal education or ideological campaign to reaffirm the Party’s adherence to Marxism-Leninism-Maoism, and its program for a people’s democratic revolution to put an end to the semicolonial and semifeudal system. Ever since the 1990s, the Party and all revolutionary forces have continued to grow in strength and are steadily carrying forward the revolutionary struggle. 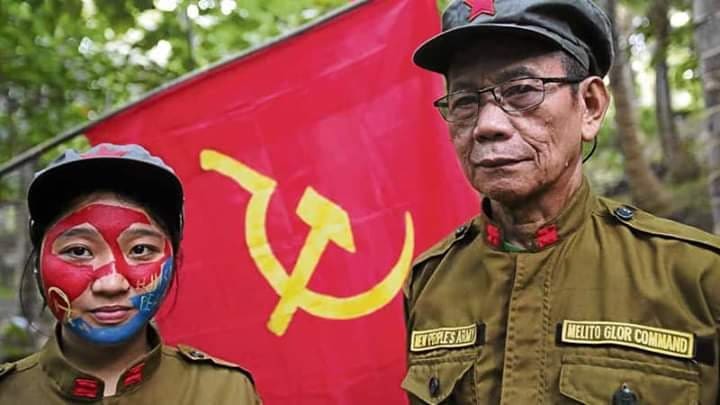 President Gloria Arroyo on Setember 5th signed Proclamation on amnesty 1377 members of CPP and NPA with NDF, has this amnesty made in whole?

Nothing came out of this Arroyo’s Proclamation 1377 in 2007 because the parliament never acted to enact it into law. It was, thus, an empty proclamation. Current GRP President Duterte has made similar promises to issue an amnesty proclamation to facilitate the release of around 500 political prisoners, mostly activists from the ranks of the toiling masses of peasants and workers, as a goodwill measure to boost peace negotiations with the National Democratic Front of the Philippines (NDFP). The promise has yet to be fulfilled.

CPP is member of International Conference of Marxist and Leninist Parties and organizations, so tell us what is the cooperation with similar organizations like yourself in the world?

As part of the ICMLPO, the CPP aims to encourage ideological and practical exchanges with like-minded Marxist-Leninist parties around the world. In the past, various multiparty conferences were held including that celebrating the 100th birth anniversary of Mao Zedong in 1993. Through the ICMLPO, the CPP draws lessons from the experiences in revolutionary struggle waged by other communist and workers’ parties, and at the same time, impart its own experience in waging revolutionary struggle in the Philippine context.

US State Department in 2008 declared you and NPA as two of 44 terrorist organizations, your comment?

The US government is using its so-called list of foreign terrorist organizations (FTO) and its so-called “war on terror” to intervene in the Philippine’s internal affairs. In 2001, it declared the Philippines as the “second front” in its “war on terror” and came up with the so-called Operation Enduring Freedom-Philippines to justify the establishment of the Joint Special Operations Task Force-Philippines, a 900-strong contingent of American troops, which established a military base inside Camp Navarro in Zamboanga City. Operation Enduring Freedom-Philippines ceased operations since 2014. However, in October 2017, the US declared Operation Pacific Eagle to further strengthen its foothold on the country and increase its military aid and intervention for counter-guerrilla operations of the AFP against the NPA. 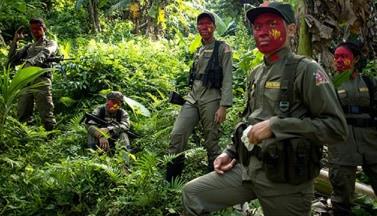 Is today great writer Joma Sison still active on the field of revolutional struggle which is last one against capitalism?

Prof. Jose Ma. Sison, founding chair of the CPP, remains active in revolutionary work serving as Chief Political Consultant of the National Democratic Front of the Philippines. The NDFP is the united front organization of at least 17 revolutionary underground organizations, including the CPP and NPA, hich participate in advancing the people’s war. The NDFP represents the incipient people’s revolutionary government in peace negotiations with the GRP and in establishing proto-diplomatic relations with other states. Comrade Joma helps the NDFP Negotiating Panel in peace talks with the GRP. The CPP leadership also actively seeks Comrade Joma’s guidance in various matters in revolutionary work. He remains active in political struggle, especially, in the current struggle of the Filipino people against the emerging dictatorship of the fascist Duterte regime.

Please make a paralel between your action in time of Ferdinand Marcos and his successor Corazon Aquino?

Under the Marcos dictatorship, the worst facets of the ruling semicolonial and semifeudal system was brought to the fore, as the Filipino people suffered from grave military abuses, widespread killings, mass arrests and political imprisonment. Unleashing the full force of reactionary violence, the Marcos dictatorship incited the Filipino people to unite and resist and eventually cause its downfall in 1986. With the force and momentum of the antifascist struggle, Marcos successor, Corazon Aquino, was obliged to release political prisoners and preside over the restoration of formal rights as contained in the 1987 constitution. However, it would not take long for Aquino to “unleash the sword of war,” carry out the massacre of a peasant demonstration in early 1987, mount a total war against the people and the revolutionary armed struggle, support armed vigilantism and endorse the US doctrine of “low-intensity conflict.” The NPA would continue to grow and reach peak strength in 1987. It will be drawn into premature regularization and military adventurism from 1988 towards 1991 resulting in losses and self-constriction up until 1992 before the CPP mounted the rectification movement.

What is your position on populist rethoric of President Rodrigo Duterte (who also declared NPA as terrorist organization and declared war to it) or he is just another American player in this part of Asia?

Duterte currently presides over the client-state in the Philippines. The ruling state under Duterte is dependent on US economic and military support. Despite his noisy anti-American rhetoric at the start of his term, Duterte made no actual steps to assert Philippine national sovereignty. He refused to heed the Filipino people’s demand to abrogate the Mutual Defense Treaty of 1956, the Visiting Forces Agreement of 1998, the Enhanced Defense Cooperation Agreement of 2014 and other unequal military treaties with the US. He made no formal protestation against the presence of US military troops and advisers in the country. In declaring martial law in Mindanao and mounting the war of destruction against Marawi City, he paved the way for large-scale US military intervention, where the US military assisted and combined with the AFP in relentless aerial bombardment and adapting the tactics applied by the US against Raqqa in Syria and Mosul in Iraq. A large part of Marawi City is being eyed as a military reservation by the AFP and the US. At the height of Duterte’s siege against Marawi in October 2017, the US military declared Operation Pacific Eagle-Philippines and its continuing “war against terror.” In November, Duterte declared the CPP and NPA as “terrorists” stating explicitly that such was in line with US declaration. Under Duterte, the US military and the AFP mounted joint military exercises in 2017 and 2018, with at least 3,000 US troops deploying several US warships, jetfighters, amphibious landing vehicles, submarines and other war materiél in the Philippines. Duterte is tolerated by the US for allowing China to establish its foothold in the South China Sea by constructing airports and other military facilities. Duterte also does not make statements nor actively opposes US military operations in the South China Sea which it euphemistically calls “freedom of navigation operations” (FONOPs) but are nothing but power projection operations to assert US military might in the area. The US uses its military exercises in the Philippines, its military facilities under EDCA, its access to Philippine seaports and airports under the VFA, to support and boost its FONOPs in the South China Sea. It is, thus, the height of hypocrisy, that the US declared itself opposed to China’s militarization of the South China Sea, when it itself has long militarized the area. Duterte has adapted the policy of passivity in relation to US and China saber-rattling and militarization of the South China Sea and parts of the Philippine maritime territory. This is in contrast to an active policy of peace which requires one to demand the imperialist powers to put an end to the policy of war and racing to establish their military might against one nother. At the outset of Duterte’s term, it was apparent that China was hopeful that Duterte will be more pro-China than pro-US, promising Duterte with at around $20 billion in loans and aid. No substantial portion of these promises have materialized, however, after it became apparent to China that Duterte was not about to turn his back against the US which he has declared an “indispensable partner” and which he thanked profusely for the military aid extended to his regime’s wars against the Filipino people. 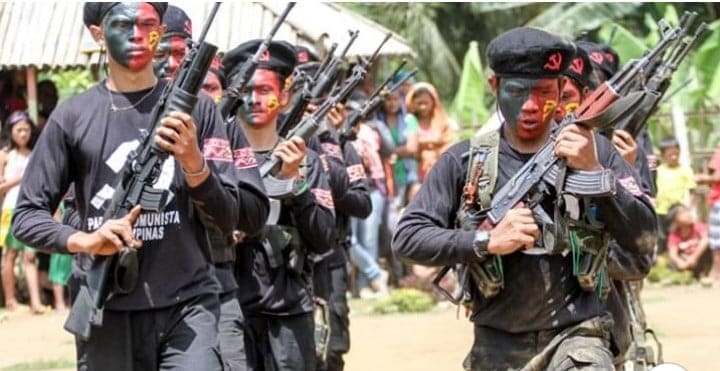 Interview was conducted by Gordan Stošević 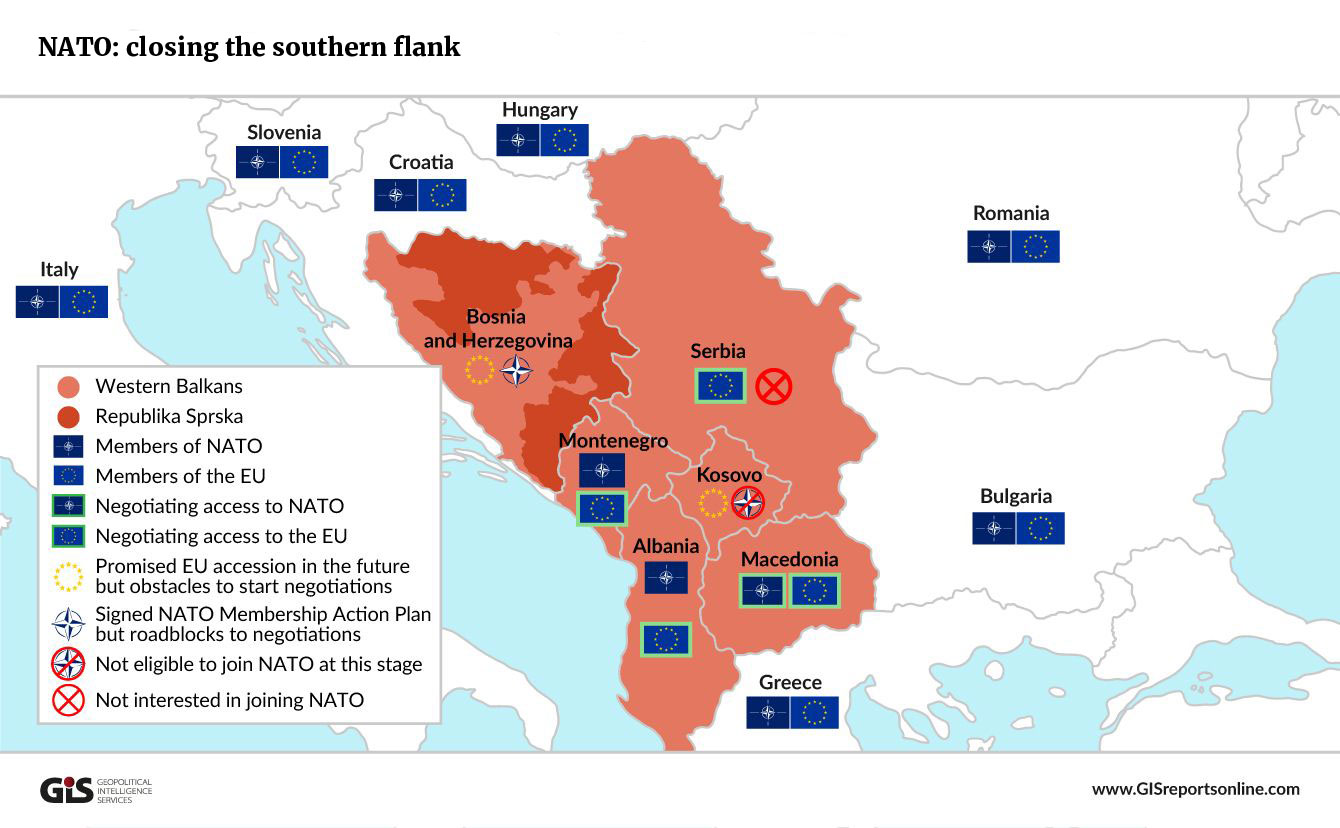 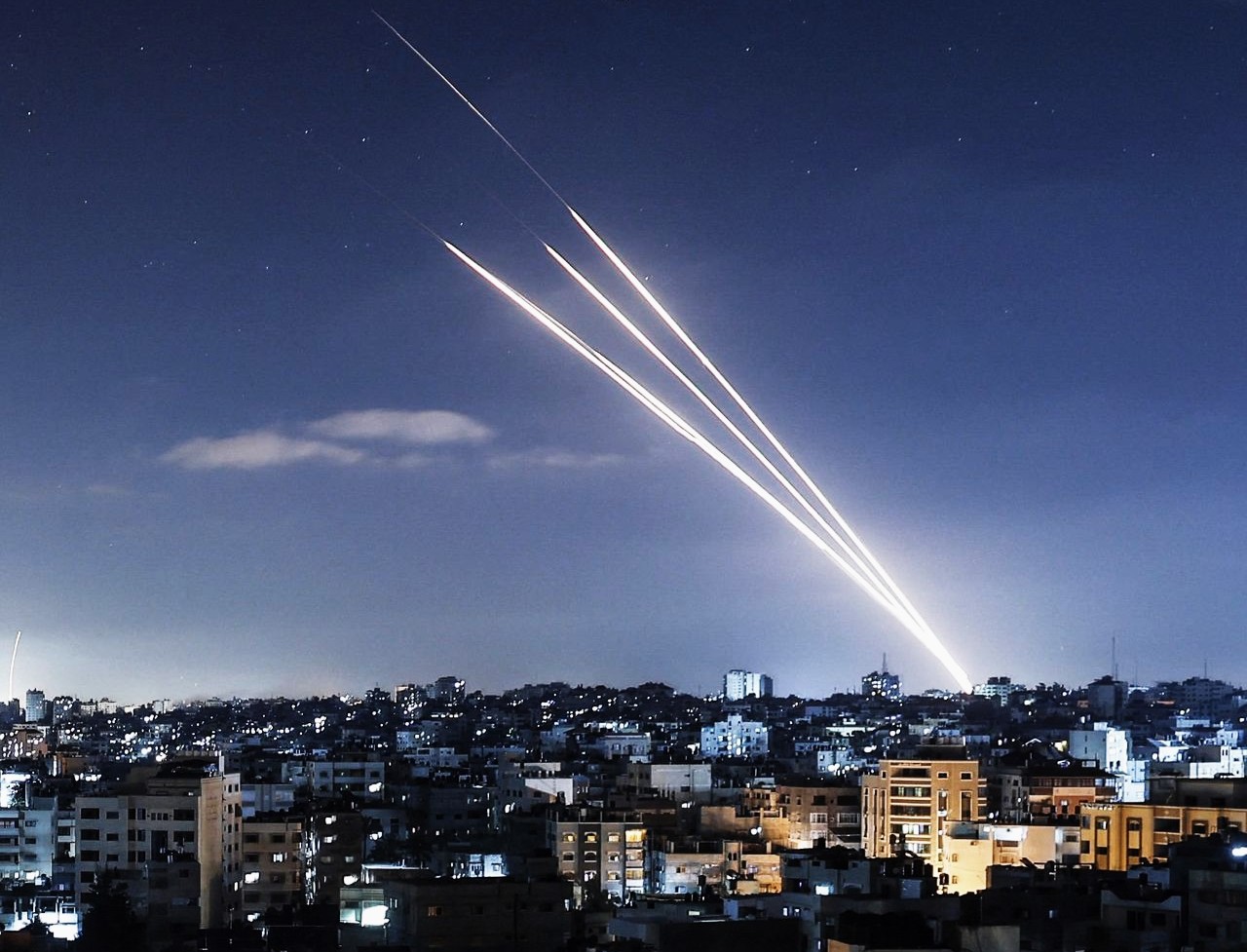 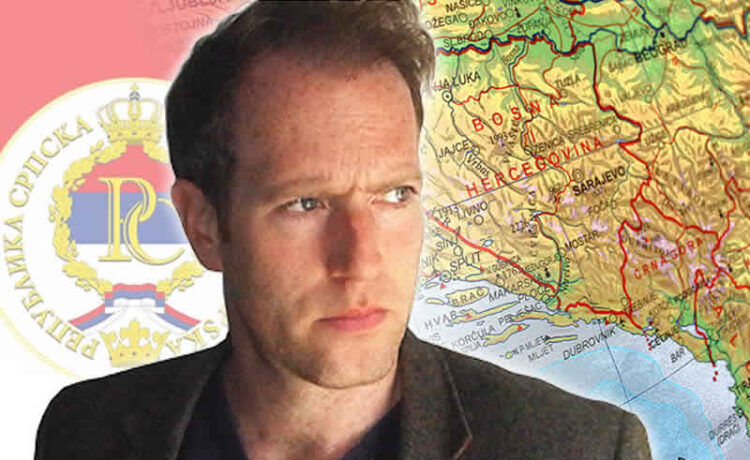 Timothy Less: As for the region, the current settlement is not sustainable because it is not acceptable to Serbs, Albanians and Croats

Photo: Timothy Less @i038d.org   Posted on May 1, 2021 by IL GRIDO DEL POPOLO   Timothy Less is the lead researcher at the Centre for Geopolitics’ project on Disintegration Studies. His research focuses on the...