Cezary Zurawski: I hope that sooner or later left-wing parties will convince Polish people to our vision of our community 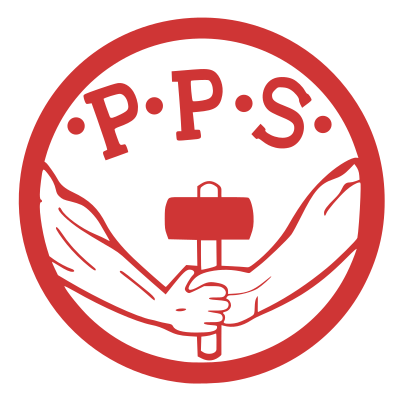 Tomorrow at June 04. Poland marks 29 years of first democratic elections, where Solidarity got the majority of votes. How much things have changed in Polish society since then?

CZ: The most important:

We joined family of democratic nations, became member of EU and NATO. We benefit of Schengen treaty. Poland participates in a free market. Our employs are part of international labor market. It was impossible before as we were satellite state of former USSR.

Of course with new possibilities and advantages Poland have met scarcely formerly known problems: economic inequality, economic exclusion, globalization, conflicts with employers and all other typical aspects of capitalisms.

Did political and economic liberalization helped to ordinary Polish citizen?

CZ: On the level of economics Poland have achieved success. If we compare consumption, living standard, availability of goods and services now and in mid-80-ies, present standard is significantly higher.

Polish democracy in general respects human and citizen rights, but we meet problems, which I think can be still solved by the means of social dialogue.

What is political condition of left-wing parties in Poland since you have very right wing government, which political discourse is nation, religion and tradition?

Furthermore parties on the left have problem with consolidation on mutual program. PPS together with SLD and others left-wing forces, actually works on alliance of major socialist movements.

In democracy final decision about state condition is undertaken by sovereign (the people). I hope that sooner or later left-wing parties will convince Polish people to our vision of our community.

We are witnessing many neo nazi groups in Poland. How is it possible that after 80 years since Nazi Germany attacked Poland, there is such an amnesia in Polish society?

CZ: I must admit that in last days such shameful events had place. Nazi or fascist groups are rare and meet general objection of polish majority. In Poland according to our Constitution promoting of such ideas is illegal (unlike to some other European countries). Generally affected are small groups of young people with poor education, manipulated by nationalist extreme. Amnesia in this case is impossible. They are too young to remember.

More dangerous to democracy is so-called “Nationalistic independence” or “Nationalistic patriotic” groups. Most of them have their roots in nationalistic parties of interwar Poland. This social groups declares xenophobic, nationalistic and anti-Union ideas. Popularity in some part of our society is probably an effect of frustration and failure of expectations in new economic and political reality. Right-wing parties tolerate them and use instrumentally in political struggle.

Is Polish fear from Middle Eastern refugees justified? Do these people pose a threat to Polish labor market or in the worst case do they pose a threat to traditional values of Polish society by giving legitimacy in this sense to those people who protest by saying things like: „God, honor, country“, „We want God“, „White Catholic Poland“ etc…?

CZ: In first place PPS as all the left-wing parties in Poland declares, according to principles of humanism, will to carry rescue to all victims of war, natural disasters, poverty and hunger. It is a part of our ideological declaration and party statute.

Of course it must be well organized. Authorities must have an idea about effectiveness consequences of humanitarian actions. Help must be directed to these that really are in need.

Labor market needs immigrants. Last government decision liberates regulation on employment permission for Philippine and Vietnamese workers. We employ many Ukrainian workers, and still we do not suffer unemployment.

Nationalistic and xenophobic fears and ideas are present in our society but are not general. Who generates it I have described above.

How do you see the future of Polish left and does it has the strength and wisdom to oppose these very far right political groups?

CZ: I’m far from being prophet. I don’t know. But I think we have great chance and if we will do everything that is possible in democratic country it will happen.

What are current political and economical relations between Poland and Russia?

CZ: Poland’s relations with Russia are bad. On the field of politics there is no will of cooperation on both sides. We must remember that Poland builds democracy on western patterns. Putin’s Russia is a form of oligarchic dictate. It is difficult to accept annexation of Crimea, action against integrality of Ukraine and dealing with democratic opposition.There are also historical reasons.

In my opinion we should try to improve our economic relations, it is enormous market but volition must be on both sides. Beside our economic and political relations are partly dependent on EU politics.

Poland is a shield of NATO on Russian border. This is something that gives a threat for Russia for long time, president Putin for example said many times how Baltic states within NATO, getting closer to Russia’s border are serious problem. Your comment?

CZ: First, Polish eastern border with Russia is short (Kaliningrad region) our neighbors are Lithuania, Belorussia and Ukraine. Poland must depend in the matter of security on treaties and alliances. We can’t afford an army with absolute power. NATO and EU give Poland reliable security.

World security must be solved by means of international dialog. It is the role of major world powers like Russia, USA, China and others.

What kind of influence Catholic Church has on Poland youth?

CZ: Polish society is over 80% Christian, mainly catholic, so Church is a great moral authority for young as well as adults. In democratic society religion (outlook) is a personal area. The point is to maintain separation between Church and the state. Polish Catholic Church authorities sometimes don’t accept that.

Is religion like Islam something that can be accepted in Poland’s future, where as secondary religion to Christianity can become a valuable object in Polish society?

CZ: For ages Poland was multicultural and multi religious county. I’m sure it is possible now. It is the role of democratic forces to eliminate racist and nationalistic propaganda by means of education and intercultural dialog. There are many action groups and events animated by young people on behalf of cultural integration.

CZ: I do not see it that way. The ruling parties in Poland and in Hungary are seeking some reinforcement on the field of relation with EU. This alliance is rather weak. It will not withstand personal interests of party leaders.

What is your party political vision for your country?

We have presented our visions in our ideological declaration and political program. Get acquainted with it please. In general we see Poland as a state of balanced economics and righteous law. State that cares about people. Welfare of society is dependent on labor. We belief in society that does not excludes because of race, religion, poverty, gender or any other reason.

We believe in socialism.